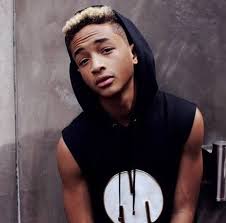 Jaden Smith’s last film (2013’s After Earth) was one of the great flops of the 21st Century and his debut album (the obnoxiously titled, This is The Album) wasn’t even a blip on the music industry’s radar, but the 17-year-old son of Will and Jada remains in the public consciousness thanks to a never-ending social media-fueled assault of contrived weirdness.

It’s for that reason that as much as we’d like to give him credit for using fashion to express his views on the obsolete nature of gender roles, we can’t help but see his new habit of wearing dresses in public as anything other than the latest in a long line of pretentious stunts. 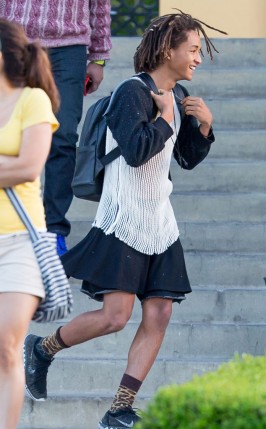 The Internet is currently losing it’s mind over Jaden’s choice of attire, and we imagine that’s exactly what he wanted.

Bizarrely, this is not the first time Jaden’s clothes have had the gossip blogs buzzing in 2015.

Back in February, Will Smith claimed that Jaden owns only one pair of shoes and five shirts, and social media exploded with photographic proof that the Fresh Prince is full of sh-t.

In a recent interview with Billboard, Jaden described his approach to fashion thusly: